POINT: I saw a Facebook post recently about some ex-Jehovah’s Witnesses who staged a “flash mob” at a Kingdom Hall, a protest really. They decided that the perfect time and place was right after the first song and prayer. I disagree. Rudeness, which I believe was the case here by the protestors, is never acceptable and will often result in conflict. [Click here to see the YouTube video of this event.]

The problem with this type of attack on the Jehovah’s Witnesses is that they most often backfire on the protesters. The Witnesses actually believe that this is persecution from the devil which only serves to strengthen their resolve that only they have the truth.

When they are attacked at a meeting, there is not one person in that Kingdom Hall who is going to stand with these protestors, even if they agree with them, because they must keep up appearances in front of the other Witnesses. I believe these protests, while entertaining to the protesters and to outsiders, are mostly ineffective if not counter-productive. This type of tactic will only serve to make a member of the Watchtower Organization become even more dug in, entrenched, and downright obstinate. Anyone who was a Witness should know this already.

God bless all who those are trying to share the gospel of Jesus Christ with Jehovah’s Witnesses, but interrupting a meeting is just ill-mannered. They could have at least waited until after the talk. By doing so, they may have been able to acquire more information for their cause, and may have been able to engage some of those in attendance in a productive debate instead of just having brothers forcing the protestors out of the building and calling the police.

This makes the protestors look worse than the Jehovah’s Witnesses in the eyes of the police and in the eyes of someone who is having doubts about the organization. Direct conflict simply doesn’t work on those deeply embedded in the Watchtower; it just makes them dig in their heels even more and may turn away one who is seeking the true gospel of Jesus Christ. There are many different ways to reach Jehovah’s Witnesses which may not reach as many individuals as staging a protest at the Kingdom Hall, but will most likely be more effective.

The best way to protest is to show them a better way of life through our actions and our faith, to let the light of Jesus’ love shine through in everything we say and do, no matter where we are or what we are doing. You never know who might see you and respond positively, and desire what you have found in Christ.

I believe we need to reach out to those who have been abused and abandoned by these hypocritical and self-righteous false teachers in leadership in the Watchtower. I believe those who have been disfellowshipped and who have no plans of returning to the Watchtower are the ones for whom we need to pray and to whom we are to minister–they have taken the first step, or had it foisted upon them. I believe a more subtle, compassionate method of outreach works best with Jehovah’s Witnesses.

For instance, I have a magnetic sign on the back of my car that reads jwfacts.com, which is in the same shape and color of the Watchtower’s website jw.org. I have no idea who may see that sign and access the site, but as much as I travel it could be hundreds by now.

While I was traveling recently, I came upon a vehicle on the expressway with a license plate that read “AGAPE.” I know that the Jehovah’s Witnesses use this term to describe the love they have for one another. Just on the chance that they might be in the Watchtower Organization, I moved my vehicle around and in front of their vehicle so that they would see my sign jwfacts.com.

In my opinion, because I have been on both sides of this proverbial fence, when trying to minister to a Jehovah’s Witness, divide and conquer is the best method, because when you get a Jehovah’s Witness alone, or maybe even two, they are more likely to listen and agree with you–because they are less impacted by the “mob” of other Witnesses–in my opinion.

COUNTERPOINT: There was a lot of discussion on the Facebook post that prompted me to write this. I still feel this way, but many defended their position about direct confrontation and helped me to see that this type of protesting may reach someone who is sitting in that Kingdom Hall, one who is being abused by the policies and practices of this organization.

A direct protest such as this may be the only way or time that such an individual is able to hear that they are not alone and that there is support in a global community of ex-Jehovah’s Witnesses. This may give such a person the courage to look at some “apostate” websites, and encourage them to question the validity of the Witnesses’ claim to having the “one and only TRUTH.”

So both sides of this argument are very persuasive; neither is necessarily wrong. I have come to understand that God leads each of us according to our individual abilities and His will. So, what I am led by God to do could be drastically different from what God leads others to do. Who am I to judge how God is leading another as long as it is with in the bounds of the teaching of Scripture? 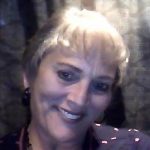