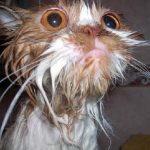 The Watchtower Bible and Tract Society (WTB&TS), in 1950, came out with its own “translation” of the New Testament, the New World Translation of the Christian Greek Scriptures.  In 1961, it completed its own “translation” of the “Hebrew Scriptures,” thereby giving Jehovah’s Witnesses a compete Bible of their own, the New World Translation of the Holy Scriptures (NWT).  No reputable Greek or Hebrew scholar has endorsed this translation as a scholarly, credible, unbiased work.

FOREWORD: Contrasting the New World Translation (NAS) with the Greek of the Kingdom Interlinear (KIT) and with the New American Standard Bible (NASB)

This list of verses is not intended to be an exhaustive list. Some are examples of true mistranslations, other examples are better put in the category of questionable, or very poor translations.  The first version quoted below is from the demonstrably biased New World Translation (NWT) and is followed, in most instances, by the respected New American Standard Bible (NASB) for contrast.

Also, you may note the poor (or non-existent) scholarship by studying another Watchtower publication, the Kingdom Interlinear Translation (KIT).  Simply compare the NWT on the right hand side of each page with the the left side containing the Greek text with English word by word translation. The Greek side of the KIT is available on JW.org. [Why a line is through the link and all subsequent links on this page, we don’t know, but it still functions fine.] The Watchtower has removed the NWT righthand column on jw.org. To see the Greek side-by-side with the NWT will require finding an original published version by the Watchtower, affectionally known as the “purple people eater.” However, you can just go to a copy of the NWT to do the comparison. Often a direct link to the desired page is given below.

2013: THE WATCHTOWER PUBLISHED AN UPDATED VERSION OF THE NWT

Where a verse from the earlier NWT has been changed in this 2013 edition enough to alter the meaning, it is included directly following noting the wording from this newest version. Our observation of this new version is that their incorrect renderings are less noticeable (e.g., removal of brackets as in Philippians 2:9 and Colossians 1:16-20) and some verses have a more mainstream rendering (e.g., John 17:3) and the wording is sometimes less stilted (e.g., 1 Cor. 10:4).

The Watch Tower Society says that it has published more than 220 million copies of the New World Translation in whole or in part in 200 languages, as of March 2, 2020, according to JW.org.

THE REMOVAL OF THE DIETY OF CHRIST

NASB: “the Word was God”

*The only other “Bible” to our knowledge which translates this phrase exactly the same as the NWT is spiritist Johannes Greber’s “New Testament.”

3.  Acts 20:28 – “…the holy spirit has appointed YOU overseers, to shepherd the congregation of God, which he purchased with the blood of his own [Son]. ”It is clear that the NWT is seeking to make the verse read as if Jehovah God purchased the “congregation” with the blood of God’s Son. See the Kingdom Interlinear Translation (KIT) on JW.org for the Greek with corresponding English words making it clear that God is who purchased the church with His own blood.

NASB: “… to shepherd the church of God which He purchased with His own blood.”

NASB: “… from whom is the Christ according to the flesh, who is over all, God blessed forever.  Amen.”

5.  Colossians 2:9 – “it is in him that all the fullness of the divine quality dwells bodily.” Here the NWT is reducing the deity of Jesus.

NASB: “For in Him all the fulness of Deity dwells in bodily form,”

By the insertion of the word “other,” a word not found in Greek manuscripts, the NWT implies that Jesus was created (see the Watchtower’s KIT which does not include “other” on the Greek side). See Colossians 1:16-20 in the Kingdom Interlinear on JW.org.

2013: Brackets removed from around “other”

NASB: “the righteousness of our God and Savior, Jesus Christ:”

10.  See also Section entitled The Inconsistent use of “Jehovah” … below

NASB: “I have been crucified with Christ; and it is no longer I who live, but Christ lives in me;…”

YHWH, the tetragrammaton, expresses the transcendent God in the Hebrew Old Testament Scriptures.  Hebrew was originally written without vowels. In addition, the Jews believed it was wrong to pronounce His name aloud, substituting Adonai, “my Lord.” Most scholars believe that in the 12th century A.D. the tetragrammaton was given the Hebrew vowel points (not letters) from “adonai” to create the vocalized, latinized word, “Yahowah.” However “Jehovah” did not appear until in the 16th century.

1.  1 Peter 2:3 cf. Psalm 34:8 and LXX Ps. 33:9 (LXX = the Septuagint, the translation of the Old Testament from Hebrew into Greek completed in the late second century B.C.) – Contextually, Jesus is clearly YHWH/Jehovah (read verses 1-4)

This is an example of pure inconsistency.  In the Greek, the word kurios (in three different declensions) is used four times within these two verses.  The NWT chooses to translate kurios as “Jehovah” the first three times and as “Lord” the fourth time.  Again, the reason is obvious as the Scriptures teach us that Jesus is YHWH.

NASB: “…the Spirit of God was moving over the surface of the waters.”

“Presence” because Jesus returned invisible in 1914; that is his return has already occurred according to the WT.

NASB: (v. 52) “and the tombs were opened; and many bodies of the saints who had fallen asleep were raised; (v. 53) and coming out of the tombs after His resurrection they entered the holy city and appeared to many.”

4.  Luke 23:43 – “‘Truly I tell you today, [comma] You will be with me in Paradise.’”  Note the location of the comma, indicating that Jesus, as He was dying on the cross, barely able to breath, added the word “today” when speaking to the thief next to Him when it was more than obvious that He was speaking “today.”  The location of this comma supports the Watchtower’s view that when one dies, one does not go directly to heaven but exists in God’s memory until after Armageddon.

NASB: “…’Truly I say to you, today you shall be with Me in Paradise.”

NASB: “…to those who believe in His name,”

6.  John 17:3 – “their taking in knowledge of you”  An intimate relationship with a person is quite distinctive from having knowledge about them.

7.  1 Corinthians 10:4 – “for they used to drink from the spiritual rock-mass that followed them, and that rock-mass meant the Christ.”

NASB: “…we are ambassadors for Christ,…

9.  2 Corinthians 13:14 – a dilution of the triune Godhead:  “The undeserved kindness of the Lord Jesus Christ and the love of God and the sharing of the holy spirit be with all of YOU.”*  Notice the lack of parallelism in the sentence.  Understand that the WTB&TS views the “holy spirit” as an “active force,” like “electricity.” *

NASB: “The grace of the Lord Jesus Christ, and the love of God, and the fellowship of the Holy Spirit, be with you all.”

NASB: “And inasmuch as it is appointed for men to die once and after this comes the judgment.”

12.  Mark 8:34; Phil. 2:8; Col. 1:20 – The NWT uses “torture stake” rather than “cross” because the WTB&TS says Christ did not die on a cross but rather on an upright state with no cross piece. They always picture Christ with one nail through both hands, yet John 20:25 uses the plural “nails.”

13.  1 Corinthians 15:1, 2 – “the gospel…through which you are being saved”   Note the verb tense making salvation a work in progress.

NASB: “…the gospel…by which also you are saved…”

15.  1 Timothy 2:5, 6 – “corresponding ransom”  Jesus’s death and resurrection only enables a person to do the works necessary to save himself.