Make Sure Ministries  »  Where Are the Dead?

Where Are the dead? 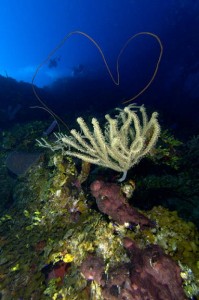 Jehovah’s Witnesses and others say that people sleep in death, knowing nothing, and that our thoughts perish after death until a future time when some will receive a resurrection.  God has told us in His Word, the Holy Bible, that there are many false teachers and false prophets who will mislead many. This teaching called “soul sleep” is surely a false teaching.

Let’s examine the inspired Word of God and see what the Bible tells us about this subject.  Right out of the gate, the New Testament tells us that Christians will be “absent from the body, present with the Lord” in 2 Corinthians 5:8. Paul, under inspiration, paints a clear picture in verses 1-8 that we live in an earthly tent and that believers groan, longing to be clothed with our heavenly dwelling.

Does this occur immediately upon death or, as some teach, do we sleep in death, knowing nothing?

The Apostle Paul says more in Philippians 1:21: “For to me, to live is Christ and to die is gain.” Paul was clear on this subject as he explains that it would be better by far to depart and be with Christ. He was torn between fruitful labor, as he continued living in the body, or dying and going to his heavenly home to be with Jesus, his Lord and Savior.

Please note that Paul makes no mention about soul sleep and there can obviously be no “gain” if he were to go into unconscious sleep after death. Interestingly, Jehovah’s Witnesses also falsely teach that Paul and other New Testament saints were awakened to a heavenly resurrection in 1918, three and one half years after another false date, Christ’s invisible return to kingdom power in 1914.

Mount Zion, heavenly Jerusalem, the city of the living God, is a place where thousands and thousands of angels are in joyful assembly. But notice also that the “spirits of righteous man made perfect” are present and most importantly Almighty God is present.

Revelation 6:9-11 describes the souls of those who had been slain. They were under the altar asking how soon God would judge and avenge their blood. They were ones who had maintained their testimony and were now in heaven.

Stephen was also one of those martyrs who, in his final moments, prayed to Jesus in Acts 7:59, “Lord Jesus, receive my spirit.”  He, just like Paul and John, knew that he would be going to be with Christ–and in a hurry.

It sounds like the same assurance that the thief received as he was dying on the cross beside our Lord, Jesus. The thief asked to be remembered when Jesus would come into His Kingdom in Luke 23:42. Obviously, the thief believed in life after death and in verse 43 Jesus responds, “Truly I tell you, today you will be with me in paradise.” This surely does not sound like soul sleep.

Jesus taught so many wonderful truths!

He claims to be “the Way and the Truth and the Life.”

This same Jesus spoke about His authority in John 2:19-22 claiming that He would resurrect His own body. Again, it is obvious that He was not sleeping in death. A same thought is found again in John 10:17, 18 where Jesus says that He lays down His own life and would also take it up again.

Jehovah’s Witnesses also falsely claim that humans do not have a soul but quite simply are a soul.

Genesis 2:7 says that Adam became a living soul after God breathed life into his nostrils. So, yes, we humans are referred to as being souls, but that same word, “soul” or “nephesh” in Hebrew is used in other ways. For example the soul of Rachel “departed” in Genesis 35:18.

To where does a soul depart?

Psalm 55:15 indicates that they go down alive into Sheol. Sheol is a place that has two locations for disembodied spirits. Jesus’ parable in Luke 16:19-31 describes these two holding areas for those who have died.  One is a place of torment and the other is a place of peace and joy. Please note that Jesus’ parables were always based on truth and if there was no life after our bodies expire, this parable would make no sense.

Does the soul die?

Jehovah’s Witnesses mistakenly interpret Ezekiel 18:4 to show that the soul dies. This scripture is simply saying that humans are accountable for their actions. Matthew 10: 28 tells us not to fear those who kill the body but cannot kill the soul. Again, we obviously have a soul, and a body and a spirit.

So, why are some so adamant about teaching soul sleep?

A favorite scriptural text is Ecclesiastes 9:5 & 10. Unfortunately, this is a terrible place to use as a reference for teaching doctrine.  (A text without a context is a pretext!)  Solomon, the writer of Ecclesiastes, was comparing the meaninglessness of life without God (the secular, humanistic view of life) with the true conclusion of obeying Almighty God. Ecclesiastes 9:5 says that the dead know nothing and they have no rewards. Verse 10 says that there is no work nor device nor knowledge nor wisdom in the grave (Sheol) where you are going.

After reading all the previous scriptures in this summary it is impossible to believe that there are no rewards nor any knowledge nor wisdom in Sheol. When reading the entire book of Ecclesiastes, it becomes crystal clear that these verses describe an ungodly, humanistic view of life and death.

Also the Psalmist in Psalm 73:24,25 says it this way: “You guide me with Your counsel and afterward You will take me into glory. Who have I in heaven but You? And earth has nothing I desire besides You.” Hebrews 11:16 tells us that Abraham longed for a heavenly country.

The apostle Paul said something similar in 1 Th. 5:10: “He (Jesus) died for us so that, whether we are awake or asleep, we may live together with Him.” Philippians 1:21 says that “to live is Christ, to die is gain.”

Our body can sleep but never the soul said the late Dr. Walter Martin, one of the foremost experts on the cults.

1 Corinthians 15 tells us that there is a “natural body” and a “spiritual body.”  Jesus said it this way in Luke 20:37,38: “…even Moses showed that the dead rise, for he calls the Lord; the God of Abraham, and the God of Isaac, and the God of Jacob; He is not the God of the dead, but of the living, for to Him all are alive.”

Jesus, before ascending to heaven, visited the dead in Sheol or Hades. He preached to those who were dead. Read 1 Peter 3:18-20 & 4:5, 6. Also notice in Ephesians 4:8 where Paul tells us that Jesus led captives in His train when He ascended on high.

Remember, too, the transfiguration at Luke 9:28-31, Matthew 17:1-3 and Mark 9:2-4.  Jesus, in the presence of Peter, James and John, spoke with Moses and Elijah. This was not a magic show! Our God is the God of the living and there truly is life after death. Jesus’ words are true and He declared in Matthew 25:46 that the wicked will go away to eternal punishment, but the righteous to eternal life.

Our Lord has given born-again believers confidence and assurance that we can know we have eternal life.

He has not left us as orphans but has adopted us into the family of God, He has sealed us with God, the Holy Spirit. He has put the names of His children in the Book of Life.  There is now no condemnation for these of us who are “in Christ Jesus.”  He has miraculously and graciously made believers into “the temple of the living God.”  We have been redeemed and sanctified and one day we will be glorified with Him in the heavens.

Philippians 3:20,21 tells us that “our citizenship is in heaven, and we eagerly await a Savior from there, the Lord Jesus, who by the power that enables Him to bring everything under His control, will transform our lowly bodies so that they will be like His glorious body.”

Peter wrote it this way in 1 Pet. 1:3,4: we have been given a “new birth into a living hope through the resurrection of Jesus Christ from the dead and into an inheritance that can never perish, spoil or fade – kept in heaven” for us.

Finally, the beloved John wrote these wonderful words of truth at 1 John 3:2: “Dear friends, now we are children of God, and what we will be has not yet been made known.  But, we know that when He appears, we shall be like Him, for we shall see Him as He is.”

In conclusion, if you are born again in Jesus Christ, rejoice, for your inheritance? is kept for you in heaven and your name is written in the Book of Life.

(Luke 10:20, Dan. 12:1).  Paul advised believers to “set your affections on things above, not on things on the earth” (Col. 3:2) and he described our inheritance with these wonderful words in 1 Corinthians 2:9: “Eye has not seen, nor ear heard, nor have entered into the heart of man the things which God has prepared for those who love Him.”

The Holy City, New Jerusalem, is our final inheritance, a place prepared for us by Almighty God where there will be no more tears, no more death, neither sorrow, nor crying, nor pain. Our Lord, our God and our Savior is making all things new (Revelation 21:3-5).???