Make Sure Ministries  »  The Corporation – a story for contemplation

The Corporation–a story for contemplation 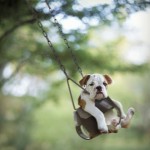 As a young person contemplating my future, I was aware of the need for security and a career that would bring me satisfaction and a happy life. There were recruiters on the college campus from many corporations, and they all wanted me to come and work for them.

But one Corporation in particular caught my attention. They promised me a life-long career in their organization doing work that would benefit my fellow man. That appealed to me as I really wanted my career to be a fulfilling one. And the benefits they promised could certainly not be beat. Why their health and retirement plans just blew my mind!

Their health plan promised a cure for all disease, and they had found out how to keep me alive forever in perfect health. Their retirement plan promised that when I was finished [with] my work for them, I would receive a beautiful home in a park-like setting, surrounded by neighbors who had also been loyal employees of the Corporation.

I thought to myself, “Now this sounds like just the place for me, where I can have a fulfilling career and a secure future.” All they asked was that I be loyal to the Corporation. So, I joined the Corporation.

When I arrived on Monday morning, I was met by a mixed group of smiling employees and they all welcomed me and made me feel right at home. I was assigned a desk next to a young man named John, whom I instantly liked. Then I was introduced to our department head, Mr. Brown, a kindly, caring man who, along with the other department managers, oversaw the work of all the employees in the department to which I was assigned.

Thereafter, I pitched right in and diligently performed all the work assignments given to me, and as a result I received greater responsibilities. I was content.

I also was told that I would only be allowed to marry a fellow employee and that I was not to make friends with employees of other corporations, but must socialize with fellow employees. It seemed that I was losing my freedom, but I reasoned that they had the right to demand obedience in these things, because of all the great benefits they had offered me when I choose their Corporation for my lifetime career.

One day when I arrived at work, I saw that John’s desk was empty. I asked where he was, and was told that he had been fired!!! It seems that John had written to headquarters with some suggestions for changes in areas where the Corporation was not dealing fairly with its employees. I was told that anyone who questioned the authority of the Corporation was considered to be disloyal and was fired.

Not long after that, it was announced that Mr. Brown, my department head, had resigned from the Corporation. I was shocked! He had been such a dedicated, caring man who had worked so tirelessly promoting our Corporation for over 20 years. Why had he quit??? He was looking forward to that wonderful retirement plan in just a few short years. I longed to talk to him and know his reasons.

Rumors flew around the office about John and Mr. Brown. Were they really disloyal, or did they know something about the Corporation that we did not know? To quiet these rumors, another memo arrived from Headquarters telling all employees that they were not to speak to, or associate with, anyone like John or Mr. Brown or they would be FIRED!!!!!

If anyone can identify the author, please contact us at [email protected]