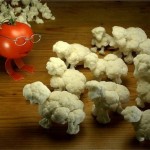 This is what the followers of the Watchtower Organization are taught and believe:

They are the only true religion in modern day and will be the only survivors of Armageddon.

Their organization has a “remnant” of the “bride of Christ” who is the only spiritual disseminator of God’s truth. This special class call themselves the “anointed” remnant, “the faithful and wise servant class,” the last part of “the 144,000.”

Today there remains only about 10,000 of this “heavenly class.”All the other six million Jehovah’s Witnesses are called “the great crowd” or the “earthly class.”

The Watchtower gospel or good news is the proclamation of a “paradise earth” that will be restored and that will be ruled by the kingdom of Jesus and the 144,000 from heaven.

Their mission is to announce God’s kingdom that was established invisibly in 1914 and to make known the name “Jehovah” to all nations.

Their Jesus is Michael, an archangel, Jehovah God’s first and only direct creation.

They teach that the Holy Spirit is not God but rather His “active force.”

Salvation and eternal life are “earned” by obedience to their organization and by good works, but sadly they never know for sure that they are “saved.”

They teach that the “wicked” are annihilated and that the faithful Jehovah’s Witness who dies, will sleep in death until the 1000 year reign of Christ. They will then be awakened from their “soul sleep.”

They teach that Jesus’ resurrection was not a bodily resurrection but a spiritual one. He returned to heaven as Michael, an archangel.

They teach that Jesus’ death was on a “torture stake” (one upright pole), not a cross. They believe that the cross is a pagan symbol and it is offensive to them.

They isolate their members, considering all non-Jehovah’s Witnesses to be “bad association.”

They do not salute the flag, nor do they sing national anthems, nor any patriotic songs, and will not participate in politics or join the military.

They are not allowed to take a blood transfusion and have an endless list of other rules: no birthdays, no Mother’s Day, no Christmas, Easter, Thanksgiving, etc.

They consider all the churches to be filled with demons and demonic teachings. “Christendom” is “Babylon the Great,” the empire of false religion.

They claim to be the prophet of God today BUT sadly have a long history of setting wrong dates for “Armageddon” and then dismiss these false prophecies by just calling them “mistakes.” Yet each new date is called “new light.”