Make Sure Ministries  »  Nicole…broken free and on to Jesus! 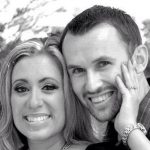 and into the arms of Jesus!

Many have concerns for their family members or friends still in the organization. I know and understand the heavy burden on your heart to share the biblical gospel with family as well as the pain that comes along with it. They are in the Watchtower organization and are lost and in need of salvation.

But I also know there is hope! We serve a mighty God who’s love is so great that He actually pursues us… Even those blindly trapped in cults disguised as religion. I know this because I was pursued by His amazing relentless love for me!!

> I was raised as a Jehovah’s Witness from the time I was three years old.

It’s all I really knew or remembered as a kid. I always loved God and always wanted to make His heart rejoice! I craved learning more about Him.

I always strived to do everything I knew to do right… I was baptized at age 13 and started pioneering shortly after. I was in dramas and as many parts as I could be in at the Kingdom Hall, as well as conventions and assemblies. I loved preaching and conducting Bible studies. I was basically the poster child for Jehovah’s Witnesses. You couldn’t tell me it wasn’t the truth. I was going to die a Jehovah’s Witness.

> But when I was 16 God started showing me things that I never noticed before, specifically with regard to gossip, slander, judgment and condemnation. I began to see a lot of hypocrisy. I would be in service and hear how my sister’s dress and grooming was too tight and “I can’t believe your parents would allow that. She’s a slut…she’s a hoochie mama.”

> I remember, though, as a kid always feeling like I wasn’t free. Not free to sin, but trapped in a vise grip.  Never once did I ever say a word about this either. I just kept on doing “Jehovah’s will” unknowingly and blissfully mind-controlled and trapped in religious bondage.

> We ended up moving out of state and I remember being excited because I wouldn’t have to hear all of the crap I was hearing in service. We could start over and everything would be great. Or so I thought.

But the gossip and slander was worse and the congregation was very uninviting. I was even told by another pioneer… “If you’re not from here then you don’t belong here and y’all need to go back to where y’all came from.” I saw just how unconditionally loving this organization truly was.

> At 19 I moved back to South Florida and in with my grandparents—against my parents warnings about my grandmother. The agreement was that if I continued to pioneer (I never considered not pioneering) I could live with them for free.

My grandmother was a pioneer and my grandfather an elder. Things in the home were horrible! My grandmother (whom I love deeply) was very verbally abusive and controlling. I was listening to every negative thing about every person possible including relatives and me. Negativity and verbal abuse is hard.

> If I cried at home I was told by my grandmother that something was wrong with me. Jehovah’s people are happy people and if I’m crying it’s because I’m doing something wrong or I have a demon. I can’t tell you how many times I heard this.

It was extremely emotionally draining to the point that I began to lie about my work schedule just to go in and cry away from her judgment and condemnation, away from the verbal abuse.

> As I cried in his arms he said “When you first started working here you were so happy and full of life. Your living situation isn’t healthy. You need to get out. Is there anyone who can help you?”

Of course I explained I couldn’t go to the elders because all hell would break loose in the home with my grandmother nor did I know anyone who was not a Witness because everyone else is “worldly.” He kept saying that there’s got to be someone.

By the grace of God my aunt came to mind. She was disfellowshipped 10 years earlier. I explained I had no idea how to get in touch with her and that I wasn’t allowed to either. He didn’t care. He ran and grabbed the phone book asking her name.

> Don’t tell me the Lord does not pursue us. That night He pursued me. He opened a door for me to come out. My aunt’s cell phone number that had never been listed, nor has ever since been listed in the phone book, was in there. As I tried to explain my living situation all she could do was ask how I got her number. Every time I told her the phone book she would argue with me that it’s not in there.

We agreed to have me move in with her that night because of how controlling my grandmother was. She happened to be looking for a roommate anyway. She called my grandmother (her mom), knowing how she was, to let her know she would be picking me up from work. (My aunt picked me up from work because, living with my grandmother, I was not allowed to have a car or cell phone… all control issues.)

> When we showed up at my grandparents home to move my things out, the living room was filled with elders. They were not going to let me leave. It took the police actually being there to help me get out. My aunt told me not to say a word because they would try to disfellowship me. (At this point I still had every intention of continuing to go to the Kingdom Hall and pioneering—after all it was “the truth.”)

> To my surprise my parents showed up at my aunt’s home from out of state in the morning. All of my things I had just moved into my aunt’s were in my daddy’s truck. My mom came running out of the house and saying “It’s ok Nicki were going to get you help.”  …what the heck was she talking about?

My aunt came out behind her telling me “Your mom told me everything. You need to go back and get help. Once you’re on the right meds you can come back.” I had no idea what she was talking about. My mother told my aunt I was schizophrenic and delusional—and that I was suicidal as well.

> My mom told her I was seeing and hearing demons, scratching holes through the walls, and wanted to die in Armageddon and that’s why I was leaving Jehovah. (I had no idea what was said falsely about me at the time.) I was forced to go back with my parents.

The first two weeks back at my parents I was taken to several psychiatrists and psychologists.

Every single one evaluated me (one on one) and said I needed to be treated for post traumatic stress from my living situation. My mom would disagree telling them they are crazy and don’t know what they were talking about. She demanded I was crazy.

> Then the last doctor I saw agreed with my mother. I knew right away something was off but I was not sure what. My mom was in the room the whole time even though I was of legal age to be alone. Any questions asked I was only allowed to answer “yes” or “no” but my mom could elaborate and say anything she wanted. I had no voice. The doctor agreed with my mom and they put me on Risperdal and Effexor.

When you are of sound mind those meds will make you crazy. After a couple of weeks I noticed I became depressed to the point of having suicidal thoughts. I knew something was wrong and I began to pray so hard. The very next visit I went into his office and saw the New World Translation and the Watchtower sitting on his desk. My heart sank to the pit out of my stomach and I knew I was being drugged.

That man—my psychiatrist—was an elder from another congregation. (Throughout this time elders would come over to try to talk to me and I would just sit there and not say a word.) That night I went home and talked to my dad. I told him, “Daddy what you guys are doing is wrong.” He said said he knew but they didn’t know what else to do.

> By that point my aunt knew what was going on and told me to come back down. I moved back into her house. I never went back to the Kingdom Hall again. The last thing my mother ever told me was I would never be anything without her or Jehovah.

I was very broken. I suffered from severe anxiety and post traumatic stress to the point of being hospitalized a few times. I was never disfellowshipped yet everyone I knew and loved disowned me.

> Two years later I met my ex-husband. I knew I was just settling when I married him. But I did because I didn’t think anyone else could ever love me or want me. Thank God I did because it was his parents who showed me the most amazing unconditional love I had ever experienced. His mom told me if I wanted to marry her son I had to go to church. The only reason I finally agreed was because it was in a school and I didn’t want to end up alone and not married.

> For two years God worked on my heart and finally I gave my life to Christ!! That was nine years ago!! I remember that day like it was yesterday!! That was the first time I had ever heard God speak to me!! I was sitting in a revival desperate to find God… to have a relationship with Him. But I was horrified. I didn’t trust anyone… not even God.

I had another woman praying with me. I wanted to give my life to Him but felt like I would plummet to my death if I did. That’s when I heard “It’s okay, I’m not man, I’m God and I’ve got you. I’ve always had you and I will always have you. I will never leave you nor forsake you. I love you.” Over and over again I kept hearing these words. Finally I surrendered to Christ.

> That was the best day of my life! God has forgiven me, healed me, restored me! He knew my heart for Him and pursued me and set me free from religious bondage because He loves me with an unconditional, everlasting love! In Him I am whole, I am wanted, I am free, I am loved and adored, and I am full of more joy and contentment then I could ever imagine!! I am the child of the most high God and I am his princess!!

He has turned my ashes to beauty and given me back the years the locust took!!

> I know that someone needs to hear my testimony because you are hurting for yourself as well as for family members in the organization still. Know that you and your family can also be children of the most high God!

You are loved beyond what you will ever be able to comprehend to completeness!! He’s pursuing you and your family because He desires you and wants you!! Don’t be afraid despite what you have been through to surrender your life to Him and don’t for one second doubt that He’s not pursuing family members still trapped in the Watchtower organization. 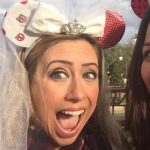