Scholarly Criticism of the WTB&TS’s Bible 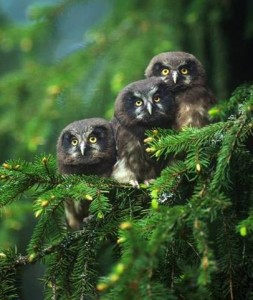 Below is a list of five outstanding Bible scholars, each an expert schooled in the Greek and/or Hebrew languages.  Their candid words clearly describe the Watchtower’s New World Translation (NWT) as dangerous and deceptive.

“Far more pernicious in this same verse is the rendering… ‘and the Word was a god’… It must be stated quite frankly that, if the Jehovah’s Witnesses take this translation seriously, they are polytheists.  In view of the additional light which is available during this age of Grace, such a representation is even more reprehensible than were the heathenish, polytheistic errors into which ancient Isreal was so prone to fall.  As a matter of solid fact, however, such a rendering is a frightful mistranslation.”  (For the Record – John 1:1)

“The deliberate distortion of truth by this sect is seen in their New Testament translations, John 1:1 is translated: ‘the Word was a god,’ a translation which is grammatically impossible.  It is abundantly clear that a sect that can translate the New Testament like that is intellecually dishonest.”

“From beginning to end this volume is a shining example of how the Bible should NOT be translated.”

Dr. Julius Mantey, author of A Manual Grammar of the Greek New Testament:

“It is neither scholarly nor reasonable to translate John 1:1 ‘the Word was a god.’  But of all the scholars in the world, so far as we know, none have translated this verse as Jehovah’s Witnesses have done.”  [Click here to read what the Watchtower has had to say over the years about the only “bible” known to us–and to the WTB&TS–to indeed have translated John 1:1 the same as the NWT.; here is a PDF of the first edition of this “bible”]

“I have never read any New Testament so badly translated as the Kingdom Interlinear of the Greek Scriptures….  It is a distortion–not a translation.”

“The translators of the New World Translation are ‘diabolical deceivers.'”

“A fatal distortion of Biblical truth”; “the grammar is regrettable”

The one “bible” which translates John 1:1 as “the Word was a god” known to us, and to the WTB&TS, is Johannes Greber’s “Bible.”

Greber was a Catholic priest who became a spiritist.  He claimed to get his “translation” as a medium of the spirit world.

He wrote another book entitled, Communication with the Spirit World, published in 1932, which details his experiences as a medium.

Click here if you’d like to examine his “bible.” (You’ll need to scroll down to the Book of John if you want to see John 1:1.)

To learn more about the WTB&TS’s connection with Greber and their several quotes of him over the years to support their unique “translation” of John 1:1, click this link.

The New World Translation can be described, with solid reason, as diabolical!

Call 386.747.9662 and let us get you started! No charge; no obligation. Learn to be a good Berean by searching the Scriptures eagerly to be sure you are taught and are learning according to God’s revealed truth. (Acts 17:10-12)