…and other medical restrictions, past and present 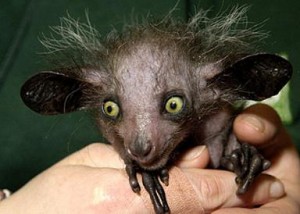 The Jehovah’s Witness Organization has opted to “destroy a life” rather than “save a life.”

They insist on an unscriptural interpretation of Scripture forbidding their members from taking blood transfusions.  They began this egregious teaching in the 1940’s and 1950’s.

Transfusing blood is a modern procedure and obviously is not mentioned in the Bible.  It is dishonest and deceptive to liken transfusions to “eating blood,” as taught by the Watchtower.  They are two different bodily procedures.

Anything that is eaten goes into the digestive system.  A transfusion is not eaten, digested, or destroyed but goes directly into the circulatory system.  If we eat or drink anything it is categorized as a nutrient.  No doctor prescribes a blood transfusion to treat malnutrition.  Blood carries nutrients which are foods broken down into tiny components, whereas the blood remains whole.

> The Watchtower organization is therefore responsible for many unnecessary deaths. <

What does the Bible say about blood?

The Israelites had a dietary restriction from God not to eat blood. “You must not eat the blood of any bird or animal.  If anyone eats blood, that person must be cut off from his people. (Lev. 7:26, 27)

Lev. 17:14 says, “…You must not eat the blood of any creature, because the life of every creature is its blood; anyone who eats it must be cut off.”  What was the consequence of breaking this law?  Notice what verses 15 and 16 say, “He must wash his clothes and bathe with water, and he will be ceremonially unclean till evening, then he will be clean.”  Eating blood brought a punishment of separation from the people for a short time, but NOT death.

In fact Lev. 3:17 says the prohibition was not just for blood, “You shall eat neither fat nor blood.”  It doesn’t imply that breaking this law would mean losing his eternal life or even his earthly life.  Jesus taught “What goes into a man’s mouth does not make him unclean, but what comes out of his mouth makes him unclean.” (Mt. 15:10; Mark 7:15)

Paul wrote under divine inspiration, “Do not let anyone judge you by what you eat or drink, a religious festival, a new moon celebration, or a Sabbath.” (Col. 2:16)

How did “not eating blood” compare to “breaking the Sabbath?”

Breaking the Sabbath was considered a more serious offense and called for the death of violators under the Jewish law recorded in the Old Testament (Ex. 31:12-17; Num. 15:32-36).

In the New Testament the Jews wanted to put Jesus to death for breaking the Sabbath.

—Luke wrote about one Sabbath when “Jesus was going through the grainfields and his disciples began to pick some heads of grain, rub them in their hands and eat the kernels.  Some of the Pharisees asked, ‘why are you doing what is unlawful on the Sabbath?’” (Luke 6:1, 2)

Jesus reminds them of the time when David and his companions ate consecrated bread because Ahimelech, the priest, had no ordinary bread to feed them (Luke 6:3, 4; 1 Sam. 21:2-6).

Jesus responded saying, “The Son of Man is Lord of the Sabbath.”

–On another Sabbath Jesus went into the synagogue and was teaching.  A man was there with a shriveled hand.  The Lord asked the man, “Which is lawful on the Sabbath: to do good or to do evil, to save a life or to destroy it?”  Jesus then completely restored that man’s hand (Lk. 6:9, 10).

–On another Sabbath at Luke 14:1-6, there was a man suffering from dropsy so Jesus asked the Pharisees and experts in the law, “Is it lawful to heal on the Sabbath or not?”  They were silent, so taking hold of the man, He healed him, then He asked them, “If one of you has a son or an ox that falls into a well on the Sabbath day, will you not immediately pull him out?”

Throughout these passages Jesus, “The Lord of the Sabbath,” speaks strongly against “legalism.”

The New Testament Christian leaders proposed that believers should “abstain from blood.”  (Acts 15:20, 28, 29)

This was a directive especially to those early Gentile Christians discouraging them from offending the Jewish Christians.  The Jews and Gentiles who were followers of Jesus had become “one flock” under “one Shepherd.”  Therefore, they were to show love and harmony within the body of Christ.

What is outrageous is that the Watchtower misinterprets Scripture and then demands absolute obedience to their rules and regulations.  This is a type of control by the Organization.

They hold their members hostage with the threat of “disfellowshipping.”  Any who would disobey are called before the judicial committee elders and receive harsh judgment.

A public announcement then follows, declaring them silenced, shunned, and separated from both family and friends.  The disfellowshipping act means they have officially lost their “eternal life.”

Take note of the shocking history regarding Watchtower misguided medical opinions and their strong reactions and regulations.

Golden Age, April 22, 1925, pp. 453,454 – Disease is a “wrong vibration” corrected by their new discovery: the “electronic radio biolo.”  During the 1920’s and 1930’s the Watchtower Society denied the “germ theory of disease” calling it a dangerous delusion thought up by “demon worshipping” medical doctors.

Golden Age,  February 4, 1931, p. 293 They wrote, “Vaccinations is a direct violation of the everlasting covenant that God made with Noah after the flood.”

Awake! Magazine, August 22, 1965 p. 20 – “Jehovah’s Witnesses are now free to receive vaccinations and even encouraged to do so.”

[We cannot find any of the above issues available online to view, although many, if not all, are available through the Library of Congress in Washingon, D.C.]

In their Blood Medicine booklet it states, “They know that if they violate God’s law on blood and the child dies in the process, they have endangered that child’s opportunity for everlasting life in God’s new world.”

The Watchtower tells its members that it would be better to die than consent to a blood transfusion.  For them transfusions would only be a temporary prolongation of life, but will cost them their eternal life.

How extreme was the Watchtower’s rules against blood transfusions?

Jehovah’s Witnesses were even restricted from feeding their pets food that contained blood or allowing them to have blood transfusions.

Watchtower, January 15, 1961 stated, that dedicated baptized receivers of blood transfusions are to be disfellowshipped from the Christian congregation.

“The stones are crying out?”  How many thousands of Jehovah’s Witnesses have lost their lives because of these false prophets?

Yet, never has there been any apology from the Watchtower for deceiving and killing their sheep!

The false interpretation of Scripture, the insistence on perfect obedience to their harsh and radical rules, and the hypocritical and unmerciful judgments administered by Watchtower leaders have surely not gone unnoticed by a just and all-knowing God.

Without genuine repentance, these men will receive the severest punishment from a perfect Judge!  Their leaders have made this a religion that forces the rejection of life saving procedures which results in the death of some Jehovah’s Witnesses and their family members.

In summary, yes, it is true that God had an Old Testament dietary law for the Jews that when killing animals they must be “bled” before eating them.  But…

…notice at 1 Sam. 14: 31-35 the Israelites had eaten animals without first “bleeding” them.  Saul offered a sacrifice to God and the Lord did not punish them.

The Watchtower has taken a giant leap in teaching their members to believe eating blood is the same as taking a transfusion.

Yet, even if the Bible were to forbid blood transfusions, which it does not, would the Lord of the Sabbath expect us to “save a life” or “destroy a life?”  Does our God want “mercy or sacrifice?”

Is it “what goes into the mouth or what comes out of the mouth that defiles a man?”

At Mt. 7:15-23 Jesus tells us not to expect good fruit from false prophets.

Pray that the Lord Jesus will set Jehovah’s Witnesses free from such a radical, unloving, and unreasonable false religion.  May their hearts be opened, their minds transformed, and may they come to Jesus, “the Way, the Truth, and the Life.”  He is our Lord and our God and He gives us life and liberty!

>All communication held in the strictest confidence.
>Documentation available upon request.
>Please send us your questions and concerns.

Many of us have experienced the “cobwebs” that remain after leaving a cultic group. We’d love to help guide you through the Bible to clear away those cobwebs and begin your new life in Christ.

Call 386.747.9662 and let us get you started! Learn to be a good Berean by searching the Scriptures eagerly to be sure you are taught and are learning according to God’s revealed truth. (Acts 17:10-12)