Not content with that [removing my clothes and beating myself senseless], I deliberately cut myself with sharp pieces of rock until the 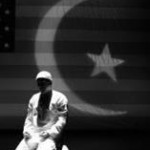 blood came. And all this time I refrained from taking either food or water, so determined was I to “do” all that lay in my power to get out of the well. How I suffered! What anguish I endured! Yet I would gladly have borne it all, and much more, could I have regained my freedom.

But it was all to no purpose. Nothing that I did or suffered helped me in the least. No wonder then that I was in despair. Having been deceived so many times, I cared no more to watch for those who came and offered help.

Instead, I fell to analyzing all I had heard. And as I thought and thought, I at last realized that, in spite of the many seemingly different theories of deliverance, they were after all, one. Yes, one thought expressed in so many different terms, and by so many teachers and leaders. Through them all and in them all I saw plainly that one word expressed everything I had thus far heard, and that was the word:

…for they had one and all told me to “do” something in order to get out of the well. My mind went back to the first, and it was “do.” The second, likewise, was “do.” And so with all the others. The responsibility therefore, rested upon me. I must “do” if I would be delivered. Thus they were unanimous in their verdict, though they knew it not.

And I, had I not tried my best to “do” all and more than they had said? And was I out? I was not. Now I knew that “doing” was unavailing. First, because my plight was by far too great for me ever to hope for deliverance through my own efforts. I might as well, I thought, try to lift myself out by tugging at my own boot straps as to hope to ever be my own savior.

Then it occurred to me that all this “doing” constituted nothing more nor less than the work of man. What I had been told to “do” was to be done by poor, frail humanity. And the more I thought about it, the more convinced I became that, since my best efforts had failed, there must be another way. But how could I find out? Ah, that was now my problem.